Amazon.com
$99.00
See it
Price history
×
Last Amazon price update was: February 24, 2020 10:03 pm
× Product prices and availability are accurate as of the date/time indicated and are subject to change. Any price and availability information displayed on Amazon.com (Amazon.in, Amazon.co.uk, Amazon.de, etc) at the time of purchase will apply to the purchase of this product.
8 Total Score
Ancestry DNA Genetic Test Review

Ancestry DNA is one of the oldest genealogy companies that was established in 1983. DNA based ancestry reports were introduced in 2012 and now they already have the biggest genetic genealogy comm

If you to build an excellent and extensive family tree,  then consider purchasing the AncestryDNA test. But if you are concerned about your ancestry alone, then you might find other similar priced analysis that is also engaging.

Ancestry’s subscription service is different from AncenstryDNA according to the terms and conditions. But in my opinion, Ancestry DNA didn’t fulfill part of their promises. Contrary to what I expected, I didn’t think the test revealed my family history or enabled me to find my distant relatives. However, you should see buying Ancestry DNA as a wise choice if you are a genealogist, a subscriber of its record based service,  or have successfully built a minimum of four generations of your family tree.

For several years, Ancestry has offered Ancestry DNA test in the US and UK, and now, they want to widen their horizon to other countries. The company is well known for using a non-generic, records based approach to assist families in building their family trees. To access public records like consensus, marriage records, birth records, passenger lists, and death records, you will be required to pay a monthly subscription fee. The Ancestry DNA has a charming appeal because it helps subscribers to interrelate your history based findings with your general results. Since I have heard otherwise, I was so eager to try out this test.

I was aware that my ethnic me, family history and distant relatives would be revealed by Ancestry DNA, long before I ordered for it. The FAQ on the website answered questions such as “ what will my results tell me,?” “How accurate is the test”? I was glad about the way it was carefully explained. Ancestry promised to “ potential DNA matches and link me to those who have had the Ancestry DNA test.” later, they said I could connect with my distant relatives with this test when I combine the results with their subscription service, and this is not true.

I studied the site and yet, I wasn’t still satisfied with the info I got about my genetically matched relatives. Assuming I don’t need the subscription ANYMORE.

To use the old DNA ancestry service is simple. An asterisk alongside the product on each page indicated a zero shipping fee as at the time I ordered. But sadly, I was only able to see the full charge after I have made the payment. But this also included the expense of return.m I received it after four business. I received the package after four business days. The instructions and collector tube were both in excellent condition. I followed the instructions gently and filled the correction tubes. They also provided a box to return the sample in, provided it is evident that the return postage had been paid. A week after I sent the sample back, they acknowledged it and told me to expect my results in 6-8 weeks.

Some signs were written on the box that advised me to register my sample before sending it back to ancestry. I wanted to be a participant in their research project that “ analysis and preserve historical records, surveys, genealogical pedigrees, family health data, and surveys.” this should provide more insight on human migration and evolution as well as population health issues. When I was creating a family tree with the aid of Ancestry free online tool, I didn’t participate because I didn’t Ancestry in identifying my data with any of my family’s public health data.

The other part of the online registration process contained the terms and conditions which I ’m to agree with. But I also noticed that the agreement was made up with several lengthy documents. So I had to check elsewhere for such a deal at least, to give me an insight to what I agree to.

I also discovered that Ancestry could anonymize my data meant for further studies on genealogy, genetics, evolution, medicine, anthropology, language amongst others. I felt confused because I had earlier decided not to participate in the project. But I felt the data will still be used.

According to the terms and conditions, any data that was gotten from my DNA would be mine, and I felt happy whenever I read that part. I could log in and delete any data from the Ancestry site. It later came to my notice that Ancestry cab claim right to any commercial products it can generate from the DNA. Hence, I was no longer sure if I still owned my later or not. So I was left with dismay, which was due to the complexity of the terms and conditions.

I got an email after weeks when the lab told me they had received the sample I sent. And they informed me that my results were ready although it came two weeks earlier than I expected. When I signed in to view my results, I was asked to watch a video, and it was good. Some of the specific parts discussed genetics analysis, which was explained that they were going to be 700,000 markers in my DNA. The percentage estimates of ethnicity were pointed out as well. It talked about the increasing level of human migration that took place a thousand years ago. My results were divided into three main categories which are DNA matches, DNA circles, and Genetic Ancestry could be subdivided into Ethnicity Estimates and Generic Communities. 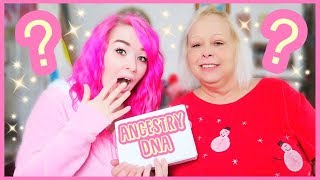 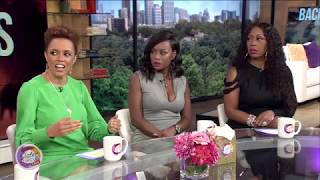 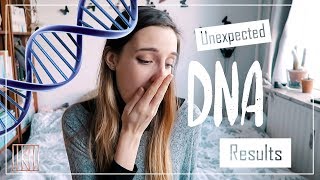 At DNA Test Review we try to give the consumer genetic testing community all that needs to be known about all available DNA tests.

Explore this site for information on the latest deals, offers, products, price history and many more informative features.